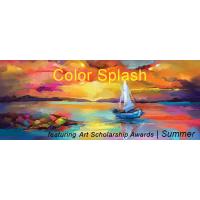 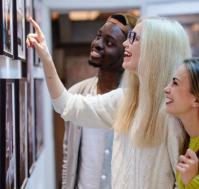 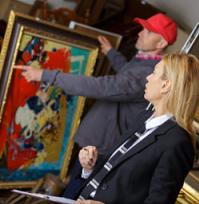 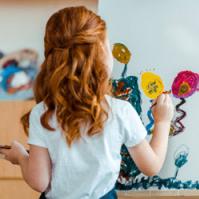 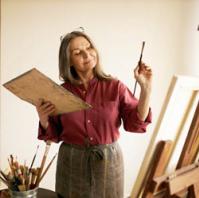 The members are active visual artists of all mediums and all levels; and of art patrons.  Everyone is seeking to learn and grow.

The Palmer Lake Art Group is a non-profit, 501c3.  The group is open to all who are interested.

A small group of Palmer Lake residents, with mutual artistic interest, was called together at the home of Ruth Staeben in November 1963, and the Palmer Lake Little Art Group was founded with 13 members. By 1966 enthusiasm had grown to the point of presenting an outdoor art exhibit —which was rained out!  Undaunted, the group continued to produce annual art shows for the benefit of the Palmer Lake Historical Society.

In 1967 a committee headed by Tillie McCarty (still a member in 1996) drew up the first set of by-laws for the group. Membership had grown to 26 by 1968. That same year, it was learned that Lucretia Vaile, a well-known and respected longtime summer resident of Palmer Lake, had willed her local property to the town for the exclusive use of the Palmer Lake Little Art Group as their permanent headquarters. In January 1969, Miss Vaile formally presented her property to the group and requested that it be designated as “Vaile Hill Art Gallery of Palmer Lake.” A bronze plaque denoting the gift was presented (now mounted on the fireplace) as well as a gavel for use in the group. Also that year, Mr. Bill Wixon, head of Industrial Arts, Monument High School, created the outdoor sign.

Becoming property owners meant the consideration of incorporating as a non-profit organization for tax purposes. This was accomplished on April 15, 1969, in the State of Colorado.

Annual events have continued. Everything from a “Snow Sculpture Contest” for local elementary school students, to an “Old-Fashioned County Fair & Sale” and on to our present “PLAG Fine Art Show” and “Christmas Craft Festival.” Proceeds have been distributed to various civic causes until 1977 when they were devoted to Art Scholarships for District 38 High School seniors who planned to pursue art as a career.  Membership continues to grow and now numbers 45-50 very talented people.