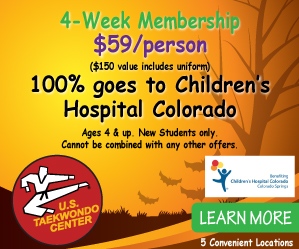 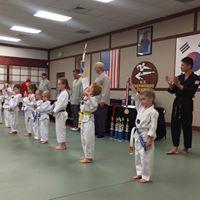 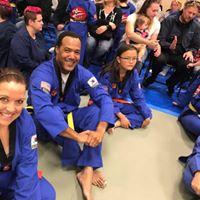 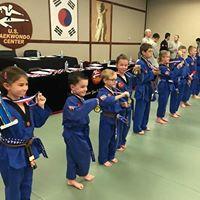 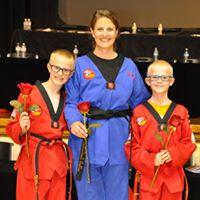 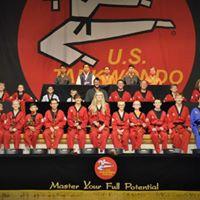 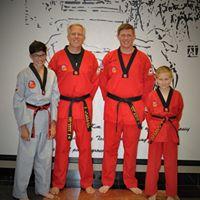 (Birthday Parties on Saturday afternoons only)

WHERE WE COME FROM

Founded in 1986, the U.S. Taekwondo Center features premier Taekwondo instructors and classes teaching strength of mind and body to children, families, and adults. Led by the first U.S. Olympic Head Coach Grandmaster Sang Lee and his son, Master Jay Lee, the center holds a lineage of Taekwondo traditions rooted back to Korea, its country of origin. Grandmaster Lee was born in Korea and was a 13-time Korean National Champion and was inducted into the Korean Sports Hall of Fame.  He was the U.S. National Team coach from 1979 to 1988.  In 1988 he was the first U.S. Olympic Head Coach in the Seoul Olympic Games.  Under his training the U.S. Team placed an incredible 2nd overall in the world: the Women’s Team was 1st and the Men’s Team was 2nd.

WHO WE HAVE BECOME

The first U.S. Taekwondo Center (USTC Citadel) opened at 1316 N. Academy Blvd. in 1986, coinciding with Grandmaster Lee’s move to Colorado Springs to coach the first-ever, U.S. Olympic Taekwondo team. In the following years, Grandmaster Lee and his son, Master Jay Lee, a 5th degree black belt, opened four other locations across the Springs and in Monument. In 30-plus years, these Taekwondo Schools (Dojangs) have grown to now train more than 1,200 students.

At the U.S. Taekwondo Center, we are a family-run school on a mission to positively impact families and society using Taekwondo. We teach it to change lives and improve health mentally and physically for all ages. We want to help children gain confidence, have fun, and start becoming better citizens. We train them to be captains of their sports teams, leaders of their school clubs, honor roll students who show respect to teachers, peers, elders, and their parents. Taekwondo instills the attributes that are found in people who positively impact their communities.

U.S. Taekwondo Center understands that our community is going through a challenging time. We are all experiencing disruptions to our work, school, activities, and schedules. There are thousands of families that are looking for positive healthy activities and some semblance of normalcy.

That's why U.S. Taekwondo Center is offering online classes alongside our in-person classes at this time. We are working hard to provide the opportunity to everyone to have a structured physical fitness program that is not only FUN but a strong reinforcement of respect, self-discipline, confidence, and more!